Does your home stay warm and comfortable even when the temperatures drop outside? If you answered in the affirmative, then you have insulation to thank for that. Insulation isn’t a new thing—builders from across the world have turned to insulation to keep homes well guarded against outdoor conditions for centuries. The materials have varied throughout the years and across the nations, but the purpose has always been the same. Insulation is anything that helps stop the flow of heat from inside the home to the outside. Insulation materials used to be made of natural, easy-to-access materials, like mud, asbestos and straw. Now, 21st century specialists in insulation in Sacramento, CA use state-of-the-art materials for the best home protection. Below is a closer look at how it all began.

Both the ancient Egyptians and Vikings relied on the cooling properties of mud to insulate their homes. Egyptians would use mud as the primary construction material for bricks. The thick, damp mud would block the desert heat during the day and keep the home warm at night when the temperatures dropped. Vikings used a similar approach by placing mud and straw between the logs that made up their structures. The Greeks, meanwhile, were quite ahead of their time in using asbestos as insulation. The material was favored for its great insulating qualities and fire resistance.

Homes were made of stone and thatched roofs during the Middle Ages. While the homes were sturdy, they tended to be cold, damp and drafty. Tapestries were hung on the walls and between the doorways to keep out the drafts.

The rise of steam power brought a new demand for heat-trapping insulation. Many manufacturers pushed steam through hot pipes to power the new technology. The hot pipes needed to be insulated, both to maintain the heat levels and to protect the workers. Asbestos was wrapped around the outside of the pipes to maintain the scalding hot temperatures.

Fiberglass was the insulation of choice during the first half of the 20th century. Researcher Dale Kleist created the thin fibers found in fiberglass insulation by accident when he attempted to create a vacuum seal between two blocks of glass. Fiberglass insulation became incredibly popular because it was simple to work with, affordable and easily accessible.

Cavity wall insulation was the top insulation choice throughout the latter half of the 20th century. Polyurethane foam was used to fill the cavities between the walls of a home. The introduction of this type of insulation increased energy efficiency exponentially.

Insulation has come a long way since the days of mud and straw. Today, there are countless different choices available for protecting a home. The options range from spray insulation to blown -in and closed cell. Each material will seal a structure against the cold, reduce drafts, improve energy efficiency and increase comfort.

Contact the insulation experts at 5 Star Performance Insulation, Inc. to learn more about which insulation in Sacramento, CA is right for your home. Give us a call today!

Fill out the form below to get more info and learn how we can help you! 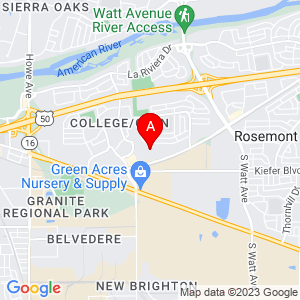